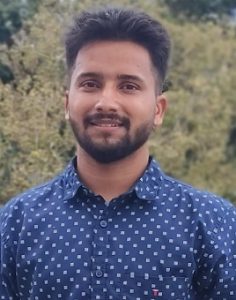 During this meeting Mr. Vinod Kumar Dubey will speak on Ecofriendly approach for the management of whitefly, Aleurocanthus arecae David & Manjunatha and wax scale, Chrysomphalus aonidum (Linnaeaus) on Arecanut.

Mr. Vinod Kumar Dubey says arecanut is one of the major commercial plantation crops growing in India as well as abroad. Arecanut is majorly cultivated in the plains as well as in the hills of Western Ghats and North Eastern part of India. In India, arecanut is extensively grown in states like Karnataka, Kerala, Assam and West Bengal. A field experiment was conducted to evaluate the efficacy of different in different insecticides against whitefly, Aleurocanthus arecae David & Manjunatha Hemiptera: (Aleyrodidae) and wax scale, Chrysomphalus aonidum (Linnaeaus) Hemiptera: (Diaspididae) in arecanut during 2019-2020 at two different locations under the jurisdiction of University of Agricultural and Horticultural Sciences, Shivamogga, Karnataka. Observation was taken on the number of whiteflies and wax scales were made a day before spraying.