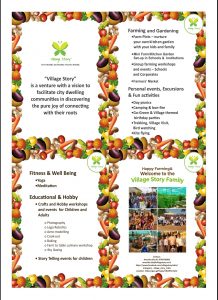 Mr. Shoury Reddy Sigareddy is the Executive Director, Bala Vikasa Social Service Society has done Masters Degree in Social Work and also a Diploma in Community Development from St. F.X. University, Canada. He is working with Bala Vikasa since its inception in 1991 and has played a key role in making Bala Vikasa a globally influencing organization. Mr. Reddy has innovated some of the best community development project models in the country which have inspired not just the NGOs and social workers but also governments at both state and national level. Many of the projects such as tank desiltation, water purification, model villages and Sujal ATWs spearheaded by him have now become models for replication across government projects. Their organic farming initiative is helping farmers in returning to natural agro-practices that work in harmony with nature rather than against it. Mr. Reddy says through their program, they are providing more sustainable agricultural approaches that can boost the rural economy.

This meeting was held on July 13, 2020 11:00 am
Become a premium member to listen to this meeting recording.