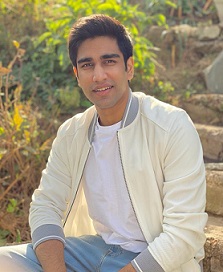 Mr. Arnab Vohra is the Managing Director of Urban Growers LLP in New Delhi. Urban Growers LLP was established in 2017, as a mushroom farm with the purpose of growing exotic mushrooms within city limits in order to cut down farm to fork time significantly and deliver high quality fresh produce at competitive rates via B2B model. Few months into  operations they started expanding their products and exploring various selling verticals namely: Retail, Wholesale, Processing and Exports. Mr. Arnab Vohra says having to deal with the traditional mandi system both as a farmer and as a buyer made them realize the major gaps that exist. They identified that multiple handling and increased middle men were causing price inflation and significant quality loss. Urban Growers LLP have tie-ups with farmers and FPOs across the country which gives them access to the freshest produce at lowest prices.

This meeting was held on November 9, 2020 11:00 am
Become a premium member to listen to this meeting recording.
Scroll Up