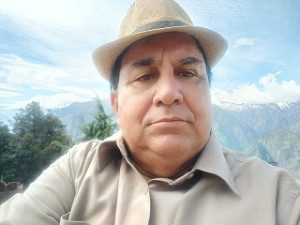 Mr. Yetendra Kashyap  is the Director of Kash Fishries, Sangrampur Motihari, Bihar. Kash Fisheries is a family run farm operational for more than six decades. It deals in six fish varieties namely Rohu, Catla, Mrigal, Silver Carp, Grass carp and Common carp. Mr. Yetendra Kashyap third generation fish farmer, says every generation took the business to the next level. Having inherited family business of fishery, apart from the existing operations he decided to expand in hatchery in 2014 with an aim to supply superior quality fish seeds to other farmers. Mr. Yetendra Kashyap  says in the beginning, he had to struggle as he was not very well-aware of the business practices and farming methodologies in this field. However, gradually he learned with time and has now succeeded in making a good profit.