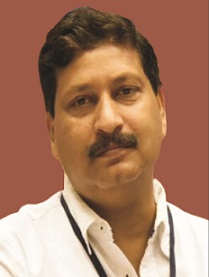 Low productivity of livestock is a matter of concern which is usually attributed to poor fodder and feed resources over the seasons and regions as well as unproductive animal breeds. Dairy animals producing up to 5-7 liters milk per day can be maintained exclusively by feeding green fodders. Inclusion of green fodders in ration of dairy animals decreases amount of concentrate feeding and thus increases profit. Hydroponics is a method of growing plants using mineral nutrient solution only or in an inert medium.Hydroponics permits the regulation of plant growth conditions and the creation of a feeding regime for a root system that fulfills all the nutritional requirements of the plant. It is also possible to create the concentration of carbon dioxide gas in the air that is most beneficial for photosynthesis, as well as to regulate the air temperature and the temperature of the space around the roots, the humidity, and the intensity and prolongation of illumination. It has following advantages;

– No nutrition pollution is released into the environment because of the controlled system.